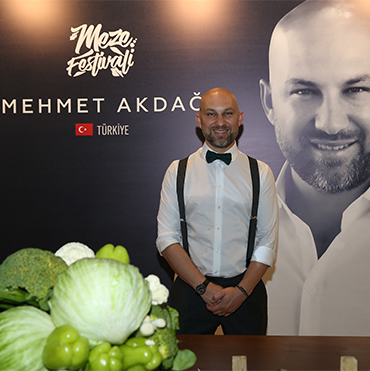 Representing the third generation in a century-old business with a ‘grandfather to grandson’ tradition, Mehmet Akdağ was born in 1983 and is the manager and chef at 7 Mehmet. Established in 1937, the 81-year old restaurant’s name derives from a V-shaped scar. Mehmet Akdağ, the founder of 7 Mehmet and grandfather of the current Mehmet, sustained the scar on his forehead in an accident; in Arabic and Old Turkish, ‘scar’ was ‘seven’. Thus, the restaurant became ‘7 Mehmet’. Current manager Mehmet Akdağ was born in 1984 and has served in the family business almost since his birth, following the footsteps of his grandfather and father. Currently he serves over 600 Turkish cuisine and regional flavours, along with unique dishes. 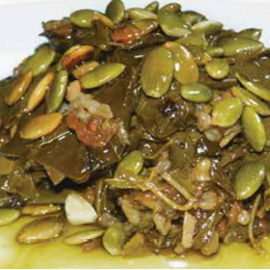 Firstly, wash and finely chop the leaves. Put the vegetable oil in a pot and sauté the chopped onions, garlic and minced meat. Add tomato paste, and mix them thoroughly. Then add grated tomatoes and finely chopped leaves. Rinse and add the rice and bulgur. After adding some salt and water, put the lid on. Cook on low heat until the leaves are soft. Serve it with yoghurt with garlic.