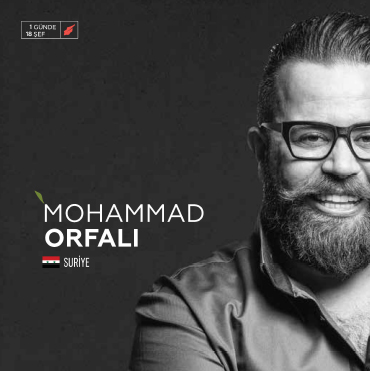 Mohammad Orfali began his training at Institute Hotelier of Aleppo in 1997 and in 2009 trained at Le Nôtre Kitchen's Academy in Paris. Specializing in the cuisine of Aleppo, Orfali was among the first chefs to utilize molecular gastronomy in Arabic cuisine. He has served as a speaker and jury member for television programs, including Matbakhna Al Arabi, Arabic Modern Cuisine, Hakawi, Fatafeat ICCA Academy. He is currently the master chef and chef de partie of FATAFEAT TV, owned by Discovery Communications 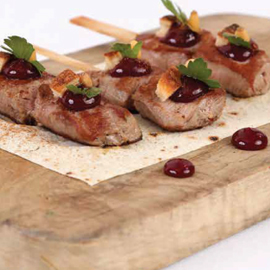 Come to Halep with me

Boil the cherry puree on the stove. Add sugar. After boiling for a while, add agar-agar and xanthan gum, and stir for 1-2 minutes. Let it cool in an ice water bath. After it is frozen, blend until a creamy consistency is reached with a blender.